Despite the fact that it affects roughly one in ten women of reproductive age, many women spend years suffering from the symptoms of endometriosis before receiving a diagnosis. In some cases, this is because they attribute the intense cramping associated with this disorder to normal menstrual pain. In others, their doctors may fail to conduct the necessary tests to confirm an endometriosis diagnosis.

Endometriosis, which occurs when the tissue of the uterine lining grows outside the uterus, can cause a variety of symptoms that may at first seem unrelated to one another.

With this in mind, it’s very important for women who suspect they might have endometriosis to take their symptoms seriously and consult their doctors for an evaluation. When left untreated, endometriosis can cause severe pelvic pain, infertility and contribute to an increased risk of depression as well. You can learn more about a few of the most common signs of endometriosis below. 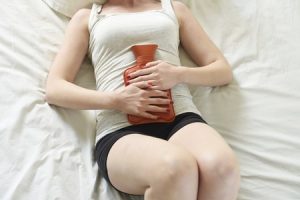 Although painful sex can be caused by other conditions, it is one of the most frequently-reported symptoms of endometriosis. When endometrial tissue grows in the lower uterus and behind the vagina, it can make penetrative sex very painful for women. For some women, this pain can even linger for hours or days after having sex.

Pain During Urination or Bowl Movements

The endometrial implants that cause pain during sex can often cause pain that accompanies urination and bowl movements as well. It can be easy to mistake this pain for gastrointestinal issues, but if you’re also experiencing other pains in and around your pelvis it could be due to an undiagnosed case of endometriosis.

Changes in Your Period

Have you noticed an increase in the severity of your menstrual pain or the flow of your period? These are two more common symptoms of endometriosis that often go ignored. Some women with endometriosis may also begin to experience new symptoms during their period such as nausea, diarrhea, constipation and fatigue.

Endometriosis can also cause cysts called endometrioma to develop on a woman’s ovaries. These cysts, which are estrogen dependent and filled with blood, are usually more painful than other types of ovarian cysts when they rupture. In addition to severe pain, a ruptured endometrioma can also cause infertility. If you’ve struggled with ovarian cysts in the past, it’s worth asking your doctor about the possibility of endometriosis.

These are some of the most well-recognized symptoms of endometriosis, but they’re not the only ones.

Be sure to pay close attention to changes in your body, particularly when they’re accompanied by pain and discomfort. If you’re concerned that you might be experiencing symptoms of endometriosis or another reproductive health issue, don’t hesitate to schedule an appointment with your doctor. When it comes to endometriosis, it’s always best to err on the side of caution.