Smartphone applications that track women’s menstrual cycles to help prevent pregnancies have been on the market for several years now, but they’ve been meet with their fair share of skepticism from health professionals. Critics have argued that these apps are effectively high-tech versions of the rhythm method—a notoriously unreliable method of birth control that has historically been promoted by the Catholic Church. Even some users have expressed apprehension about using a smartphone app as their sole method of birth control.

Earlier this week, however, the FDA added some legitimacy to these applications by approving the popular Swedish birth control app Natural Cycles as a viable form of contraception. 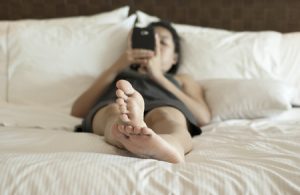 Natural Cycles measures a woman’s body temperature to determine when she’s most fertile. Each morning, users are expected to take their temperature orally and submit the data into the app. Based on their readings, the app will either give women a “green light” that indicates a less-fertile day, or a “red light” that indicates they should either abstain from sex or use an additional method of contraception. In clinical studies, the FDA found that Natural Cycles had a “perfect use” failure rate of 1.8 percent.

But does this impressively low failure rate in clinical trials mean that the app will be effective in the real world?

Not necessarily. As Dawn Foster, a columnist for The Guardian points out, there are many factors that can influence the accuracy of Natural Cycles’ fertility estimates:

“Oversleeping, having a fever, being hung over, insomnia, taking your temperature shortly after waking, irregular periods and polycystic ovary syndrome. According to these criteria I couldn’t have recorded a single day accurately in the last week.”

Foster goes on to argue that the app is problematic because it markets itself as a highly scientific method of birth control, despite the fact that its founders are physicists rather than gynecologists.

“I’d no more listen to a physicist’s advice on my fertility than I would let a mechanic cut my hair,” she says.

You don’t have to look far to find stories of women who have gotten pregnant while using Natural Cycles as their primary method of birth control. So why are so many women still willing to give these apps a chance? 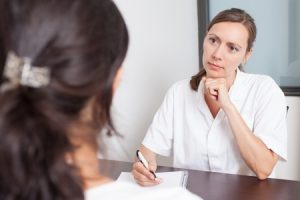 In some cases, it may be because they’ve become frustrated with side-effects of hormonal both control methods such as migraines, weight gain and mood changes. Unfortunately, these side-effects are often dismissed by physicians until they become debilitatingly severe. This can cause women to become disenchanted with hormonal birth control options and look to alternatives like the Natural Cycles app. Other women who live in “contraceptive deserts” that have limited access to reproductive healthcare may be inclined to try an app like Natural cycles as well.

Whether or not birth control apps are effective, their appeal illustrates the need for women to be able to make informed, empowered decisions about their reproductive health.

When women’s contraceptive concerns are dismissed by their own doctors, or when they’re unable to access certain methods of birth control because of where they live, a pregnancy prevention app may seem like the only sensible alternative—even if it’s not always reliable.

“The backlash against birth control apps is growing,” says Foster in her critique of Natural Cycles. “Yet, women do need more readily available information about their own fertility, as well as about the side-effects of the contraceptives they are prescribed … Fertility should be taken more seriously, and women should be trusted when reporting symptoms and anxieties, rather than be treated as unreliable witnesses and hysterics.”

Pregnancy prevention apps like Natural Cycles may ultimately prove to be just a passing trend, but the gaps in reproductive healthcare they’re designed to fill aren’t going away. These issues deserve to be addressed so that all women can finally have reliable access to the tools and treatments they need to take charge of their own reproductive health.

We Are Here for You!
Appointment
Information
FAQ's